​​www.serafinibeadedjewelry.com
Unusual objects and shapes become part of a new story as Sherry stitches beads and gemstones, one at a time, to a felt like base.  Most pieces are born spontaneously as the beads and Sherry’s imagination dictate the design.  She seldom works from sketches.  Sherry finds this meditative form of art to be a rich counterpoint to a society full of instant gratification.  Some pieces take a year to complete.  Each is unique.
Sherry was raised in a military family, moving every few years.  She credits that nomadic lifestyle with giving her an adventurous and uninhibited approach to her work.
Sherry was voted one of the top 10 instructors in the United States by Bead & Button magazine. She lectures and teaches throughout the U.S. and has won numerous awards for excellence in design, including Saul Bell Outstanding Jewelry Design Award, Bead International 2006, People’s Choice Bead Dreams, Runner Up Best in Show Bead Dreams, Kennedy Best of Nationally.  She has been published and has written articles for several well-known magazines.  Her work has been featured on the covers of trade magazines and catalogs and is the co-author of the Art of Bead Embroidery with artist and dear friend Heidi Kummli and Sensational Bead Embroidery by Sherry Serafini.
Sherry’s beaded art is known internationally and is owned and worn by Grammy winner Melissa Etheridge, Steven Tyler of Aerosmith, Lenny Kravitz,  and singer Fergie of the Black Eyed Peas. Her beadwork has been seen at fashion week in Milan by the artists who commission her. 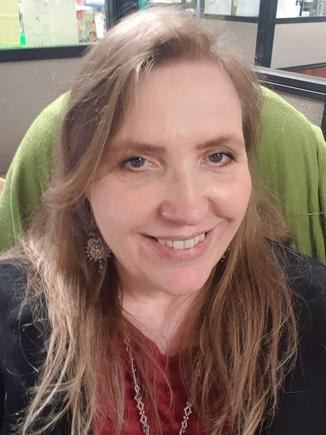 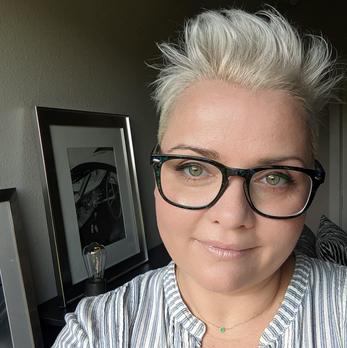 http://crimsonfrogdesigns.blogspot.com/
​Kinga Nichols was born in 1980, in Hungary. At 19, she packed up her life in a backpack and moved to the US where she has been residing since, albeit not at the same place. She currently lives in Boulder, Colorado with her boyfriend  and furbabies Samantha Regina Nichols and Marley. Samantha Regina is not only her muse but her model as well. Many of Kinga's best known pieces were popularized by the canine model.
One way or another Kinga has been always making things, which started turning into a career when she was painting murals at the time she lived in New York. The murals were fun, but  she did not feel like painting was her calling. Eventually she picked up a bead and Button magazine in 2007, found a bead embroidery project, and slowly but surely the obsession took over.
After that first project, she started creating her own designs and quickly found her own distinctive voice that allowed her to translate her imaginings into beadwork. Kinga is always brainstorming, and her imagination provides an endless supply of fanciful ideas that she translates into bead embroidery.
Her work first got noticed in the first Battle of the Beadsmith, quickly followed by her being a BeadDreams finalist in 2013 and getting 3rd place in the same competition in the Swarovski category in 2014, and a book feature in Marcia Decoster Presents, 2014. In 2015 she won first place in the crystal category in BeadDreams. She has done a number of instructional bead embroidery videos for Interweave publishing in 2016 and 2017, and has been featured in magazines in the US and Europe.
In 2013 she started teaching and she hopes to continue this as her chosen profession for a long time to come, not only passing on beady knowledge, but perhaps her unique way of looking at the world as a magical place filled with endless possibilities. 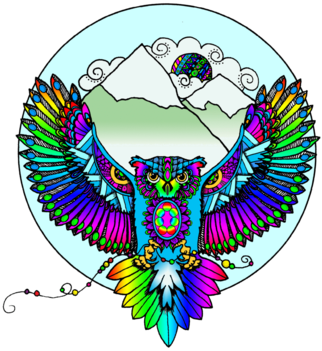 I was born and raised in Denmark but have lived almost an entire life time in Israel where I have my base and family and creative space. Coming from a rich background of creativity that has included a career as a professional make-up artist, I came across the art of bead weaving and was instantly captivated. I haven't looked back since! I now divide my time between international travel for teaching, designing new exciting things and generally stirring things up with shenanigans. I hope and aim to help spread this wonderful precious ancient art to the new generations, a true passion from the depth of my heart.